You probably know by now that drinking is a big part of Korean culture. Alcohol is practically essential at after work gatherings with co-workers, socializing with friends, and dinners with family members. With so much consumption you can imagine things can get a little monotonous with repeated shouts of Gumbae as soju shot glasses rattle together. To that end Korea has come up with some novel drinking games!

The following is a list cobbled together from my own drinking experience with additions by my friends and a few of you thoughtful readers who got back to me with games I never even dreamed existed. Many thanks!

This game is simple but tons of fun. Get your group of friends together with the drink of their choice in hand and ready to be consumed. The object is to say the numbers out loud starting from 1 but you must clap instead of saying a number that has a 3, 6, or 9. So if the person before me says 8 I would clap once for 9, but if it’s my turn and the number is 39 I would have to clap twice. Whoever ends up saying 3, 6, or 9 must drink! Then it goes back to 1 and starts over again.

To make things tougher you could be devious and insist that even numbers divisible by 3, 6, or 9 cannot be said either. Drunken division is never a pretty sight.

No, you don’t have to dress up as Rose but after a few rounds who knows what you might do? First, put your friends into a circle. Pour a glass of beer about halfway full. Plop a shot glass in the beer so that it floats. Now you all take turns pouring alcohol into the shot glass. You can pour as much or as little as you like, but whoever sinks the “Titantic” must drink the whole drink!

Silly, but great fun. Sit in a circle with your friends. Have your drinks ready! Now the object of the game is to not laugh. If you do then you have to drink. The person who starts turns to the guy or gal on his left and says I love you____. With whatever word they can think of going into the blank. If they don’t laugh you then turn to the person on your right.

Okay, you need at least 3 people for this. You need need a pack of cigarettes or a deck of cards. If using cards take a king, ace, 2 and 3 out. If you’re using cigarettes write K, 1, 2, 3 on one cigarette. Shuffle the cards or mix up the cigarettes. Each person chooses one.  Keep the number you get a secret. The person who got the King should let everybody know and he gets to choose two of the other numbers to punish. The King can say order number 2 to do push ups or have number 1 kiss number 3. If the person ordered doesn’t want to follow through then they have to drink. Shuffle the cards or mix up the cigarettes and start over again.

While sitting in a circle one person starts by asking a question that refers to someone in the group. The people playing must point their chopsticks to the person who they think best fits the answer. The person with the most chopsticks pointed at him or her must drink and then gets to ask the next question.

So the point of this particular game is to not be the last person to shout a number. If there are five people players then each person must shout out a number from 1 to 5. Whoever shouts doesn’t matter, but the numbers must be in order. If two people shout the same number at the same time they both drink and the game restarts. Or the last person who shouts a number must drink and the game restarts.

Ok you play this with two people but you could modify and play with more. Each hand is either a closed fist for zero or open for five. So the options with two people are 0, 5, 15, or 20. Both of the players shout out the number they think will be up. So, if I say 5 and my friend has two fists and I have one fist and one open hand I win and he drinks. If we are both wrong both drink. If we’re both right no one drinks.

This game comes with the bottle of soju! Take the cap. Twist the end part of the cap so that it sticks straight out. Now each person takes a turn flicking the end tying to flick it off from the base of the cap. Whoever succeeds enjoys sobriety while everyone else drinks.

A napkin is placed over a beer mug. On top of that is a 100 or 500 won coin. Now the players take turns burning holes into the napkin with a lit cigarette. The player who drops the coin into the mug must drink.

Everyone gets in a circle. The person who starts says bunny bunny with hand motions  like a rabbit eating with your four fingers over your thumb, then he gives it to someone else who then gives it to someone else. But at the same time the people on either side are saying Tangeun Tangeun (carrot carrot). Whoever messes up drinks!

In this one a player passes around a cigarette with the ciggy still burning with his head back and the cigarette up like a torch. He passes the “torch” to the next player who takes a drag while trying not to topple the ash. Whoever does must take a shot. Non Smokers… don’t inhale like Bill Clinton.

The entire game is played with people drumming on the table with their hands to simulate the sound of horses racing on a track. You first go around the table in order calling out your “horse number.” Horse number 1 (일번말), horse number 2 (이번말), horse number 3 (삼번말), etc. Each person is a designated horse number. After you go around and identify which person is which horse number, the game starts. You take turns calling out your number and then the number of the one you want to “attack.” Usually, horse 1 starts it off.
ex. 일번에 삼번 1 attacks 3
Then number 3 would call out his/her number first and “attack” someone else by calling out their number. 삼번에 오번 3 attacks 5. You really have to listen carefully to see if your number gets called. If you slip up and miss your turn, you drink.
This game is meant to be played FAST. It gets really chaotic because everyone is banging on the table. Also, the same two people can go back and forth attacking each other.
“3 attacks 1!”
“1 attacks 3!”
“3 attacks 1!”
“1 attacks 3!”
etc.
Once a round is over and someone drinks, the drinker becomes horse 1 and the numbers reset again. It keeps you on your toes because your number changes each round. Depending on how difficult/fun/evil you want to make the game, you can choose to omit the number introduction in the subsequent rounds after the numbers have been reset and start attacking right away.
It sounds kinda simple and dumb, but it’s really fun in big groups after you already have a few in you.

Do you know any more Korean drinking games? Or do you know alternate names for these games? If you do please write it in the comments! 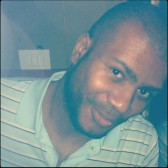 More from this Author

I’m a blogger, writer, and urban explorer. I’ve been working in South Korea’s ESL field for the last ten years. My one year contract has unexpectedly turned into a journey that I’m still on and loving. Work With Me: http://kissmykimchi.com/advertise/

Thank you for subscribing.

we respect your privacy and take protecting it seriously